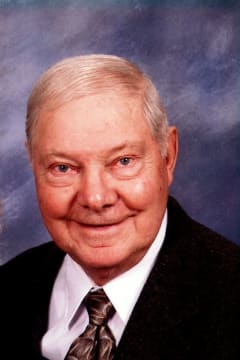 Clair Joseph Dumm, or Joe to many of his family and friends, passed away January 17, 2022 at his home on the family farm in Bradley Junction, outside Ebensburg. He was born December 7, 1930, son of Gordon and Esther (Kirsch) Dumm. He is preceded in death by his parents, brothers Reverend Wilfred, Reverend Demetrius, Don, and Fred, sisters Dolores Demma, and Roselyn Colella, daughter Clare Ann, and grandson Douglas Egan. Survived by his wife of 64 years, Mary “Dee”, brother Pat, and sister Imogene Reidy, and sons John, Pat, Paul, and Tom and their families. Clair was born and lived on the farm his entire life. As a high school senior, he received the PA-FFA Keystone Farmer Award. As a fourth-generation farmer, Clair earned many awards for potatoes, with his father and brothers, corn grown on the farm, and eggs. Conservation was a large part of Clair’s life. Clair was involved with the Cambria County Conservation District since 1970, when he became its first District Manager. He served the District in this capacity for 25 years until he retired in 1996. During his tenure, the District received several state environmental awards, including first place in the Goodyear/NACD Conservation Award contest in 1982 and 1997. During his years at the District, Clair held a number of official positions and was instrumental in founding many programs dedicated to sound conservation practices. Clair was an avid golfer, could often be found on the fairways of Immergrun or Cambrian Hills, and for many years enjoyed annual wintertime trips to warmer climes with golf buddies. He was also a long-time member of Camp Nick. Clair was a life-long parishioner of St. Benedict’s Catholic Church in Carrolltown. Friends will be received from 2-4 pm and 6-8 pm Monday at Stevens Funeral Home, Inc. 146 North Main Street Carrolltown, where a vigil for the deceased will be held. Additional visitation will be held Tuesday in the Boniface Wimmer Room from 9 am until the 10 am Funeral Mass at St. Benedict Catholic Church, Carrolltown, by Rev. Jude W. Brady, OSB and Rev. Michael Gabler, OSB, concelebrant. Interment church cemetery. In lieu of flowers, the Dumm family asks that you make contributions to Rev. Demetrius R. Dumm, OSB Endowment in Biblical Studies Fund St. Vincent Archabbey 300 Frasier Purchase Road Latrobe, PA 15650. You may leave online condolences at www.stevensfamilyfuneralhomes.com or on our Stevens Family Facebook page.